I have been on a 30+ year journey to try and find the keys to technology that will help people collaborate more effectively.  From the time that “Local Area Networks” were invented, the promise of making an environment which could facilitate co-worker communication was evident, but it has been a long time coming.

1980’s: I participated in development of “Integrated Office Productivity Software” which was a market trend at the time to bring word processing, spreadsheets, database, etc together into a single package.  At Software Products International we made a multi-user database, a multi-user spreadsheet, and even experimented with a multi-user word processor.  At Ashton Tate, I worked on the Framework product which was the first to have email capability built into it, so sending documents, and even parts of documents, around to others was easy.  We experimented there with automatically generated mailing lists, and collaborative working groups.

Early 1990’s: I started a “Groupware Team” at Fujitsu to make a product to allow for “Collaborative Planning”.  The idea was this: you have a large team of people who need to accomplish a project.  Different people are experts in different parts and different levels of the project.  A manager or director may be able to identify the major steps that project has to go through, and how the work is divided up among sub-teams.  Then each sub-team would extend the plan with their standard practices for their part of the work.  Finally, each team member would extend the plan in ways that their experience has taught them.  It is not just that everyone is doing what is optimized for them, but that everyone else on the team has visibility into what they are doing.  Thus when the VP wants to know the current status, they can see the overall status, and drill down to the current details.   It was evident to me that in a typical job an individual will be doing thing that are similar to what they had done before, they will want to reuse the process fragment that they had used last time, and possibly modify it slightly to fit the current situation.  To do this, we need portable process fragments, and we need a graphical notation that non-programmers can use to describe the process fragments.  Beyond planning, and showing status, this technology can also let people know when something is now ready to be worked on, so that is how “Regatta Technology” and  “TeamWARE Flow” came into existence.

Late 1990’s: I joined Netscape to develop tools that could leverage the web to do collaborative planning.  I was Architect for “Visual JavaScript” and later “Process Manager” a workflow product which was difficult for a company like Netscape to sell & support.   I did however make the first public proposal for a “web Service” in the form of “Simple Workflow Access Protocol” to the IETF in 1998.   I moved to MS2 which was a start-up for Product Lifecycle Management (PLM).  There I pioneered a flexible form of collaborative planning: processes that looked mostly like “to-do lists” and where the user was empowered to do an innovative type of process modification: they could “skip” steps if they chose to.

2000’s: After the dot.com bust I came back to Fujitsu where i-Flow and Interstage BPM had been built upon the earlier design of TeamWARE Flow.  This took the original collaborative planning ideas, and updated it for stronger integration to web services and REST integration.  Because portable process fragments is still a key, I have spent a lot of time in recent years helping with the development of XPDL, Wf-XML, and most recently BPAF and Workcast.  I agreed to chair the WfMC Technical Committee.  The standards are secondary to the real goal: Global Collaborative Planning.  The standards have to be in place to that all the pieces can talk to each other, without exclusion caused by proprietary implementations.  Business Process Management came and matured, including my launching “Cloud BPM” in 2009, but we found that coordination from outside was not ideal for knowledge workers.  Still there is a need for self-realized coordination.

2010 – to the future: There is still a huge potential for “Global Collaborative Planning“.  My original goal of increasing the effectiveness of workers in the office, and now moved to increasing the effectiveness of workers wherever they are, and however they are connected to the cloud.  At the heart of all this is quite simple a way to communicate to each other about our tasks, plans, and processes.  Think “Enterprise 2.0” and “Social Software” but going beyond capturing the now and history.  Such systems can be integrated with “planning” in order to represent the future.  When we succeed in this, and I have no doubt that we will succeed, then much of the drudgery of getting things done will be taken care of, and we as humans will be able to focus on new ideas for creating new things more effectively that we have ever done before.

Keith Swenson is Vice President of Research and Development at Fujitsu North America and also the Chairman of the Workflow Management Coalition.  As a speaker, author, and contributor to many workflow and BPM standards, he is known for having been a pioneer in collaboration software and web services.  He has led agile software development teams at MS2, Netscape, Ashton Tate & Fujitsu. He won the 2004 Marvin L. Manheim Award for outstanding contributions in the field of workflow.  Co-author on more than 10 books.  His latest book, “When Thinking Matters in the Workplace,” explains how to avoid stifling creativity and enhance innovation through the appropriate use of process technology.  His 2010 book “Mastering the Unpredictable” introduced and defined the field of adaptive case management and established him as a Top Influencer in the field of case management.  He blogs at https://social-biz.org/. 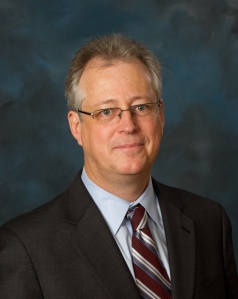 Keith Swenson is Vice President of Research and Development at Fujitsu America Inc. involved in the Interstage family of enterprise middleware products. He is known for having been a pioneer in collaboration software and web services, and has helped the development of many workflow and BPM standards. He is currently the Chairman of the Workflow Management Coalition. In the past, he led development of collaboration software MS2, Netscape, Ashton Tate and Fujitsu. In 2004 he was awarded the Marvin L. Manheim Award for outstanding contributions in the field of workflow.  His blog is at https://social-biz.org/.

Mr. Swenson began his tenure at Fujitsu in 1991 where he developed TeamWARE Flow. He returned to Fujitsu Software Corporation in 2002 to direct the development of the Interstage family of products.

MS2: Prior to returning to Fujitsu Software Corporation, Mr. Swenson was Director of Engineering at MS2, Inc., where he was responsible for developing Accelerate, a distributed enterprise scaled system.

Ashton Tate: he managed the development of Framework IV, an integrated business productivity product, and before that he was in various software development leader positions at an early PC startup called “Software Products International” based in San Diego which produced the product Open Access.

Mr. Swenson holds both a Master’s degree in Computer Science and a Bachelor’s degree in Physics from the University of California, San Diego.

From 1995 to 1997 he served as Vice Chairman of the ACM Special Interest Group for Group Support Systems (SigGROUP). In 1996, he was elected a Fellow of the Workflow Management Coalition.  In 2004 he was awarded the Marvin L. Manheim Award for outstanding contributions in the field of workflow.  In 2012 he was recognized as a “Top Influencer” in the field of Case Management.