Richie Etwaru makes a post about Human as a Service about the idea that everything / anything can be made available as a cloud.  To do so, we need to think about organizations that are stateless as opposed to stateful.  There is a parallel between stateless and unpredictable, and how statelessness allows processes to emerge, instead of being defined in advance.

Etwaru presents “clouding” as a verb. That is, anything can be made available in an on-demand format.  ZipCars are an example of a “Car Cloud”.  The cars “have been clouded” in his speak.  What happens when everything can be “clouded”? 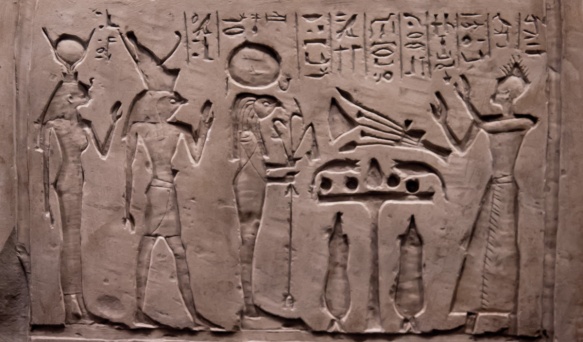 The idea of having an organization on-demand that gathers to accomplish a particular goal and then vanishes is not a new idea.  We have been talking about directories of skills that will allow you to find the right person who is available at the right time at the right price.

What was interesting is how he says that organizations that want to make use of humans as a service will need to move to be more stateless.   He says “Human capacity is somewhat stateful to a role, a title, a single human being, and a fixed set of tools.”  In order to remain flexible, in order to remain fluid, the workplace, that is the place where these come together to work, needs to be stateless.

In a world where expertise, work place (or work space, particularly for knowledge workers), and business processing are stateless and liquid enough to be orchestrated for the job we need done, the role needed, the expertise needed, the context, and the security and entitlement we need creates the opportunity to eventually explore Human as a Service (HuaaS).

Automated processes have been one way to capture and control the state of a process.  The state is encoded in the process, and it is the process that controls who knows what, and who can do what at any time.  Managing state that way can lead to efficiency  but it also leads to rigidity.  It only works in predictable situations.

When handling unpredictable work patterns, especially knowledge workers, we need to think about stateless work spaces, where there are (almost) no constraints, and (almost) everything is possible.

Riitta Raesmaa expanded on this in a post “Human Capital in the Cloud” elaborates on the stateful and stateless theme:

The design of work within a stateful talent system requires that the resources are carefully planned and in place in advance, and making sure that all the puzzle pieces are in place before any activity can begin. Sounds familiar? Yes, this is the way most of us are used to work.

As the opposite, a stateless talent system, does not require the reservation of resources, but “instead each step of the process completes it portion of activity and there is some indication of whom should receive the output next”

Rawn Shah chimed in with a post “Is Your Employment Model Too Stateful?“:

In technology, a stateful activity or session sets an agreement for all the resources along the path of process flow to be solely assigned for the duration of the activity. Each node in the flow is aware of the state or context of the session and has agreed or committed to the cause, so to speak, and thus we call it a stateful system.

A stateless system on the other hand does not require that reservation of resources, and instead each step of the process completes it portion of activity and there is some indication of whom should receive the output next. They are generally not aware of any other nodes in the system other than from whom they received it and to whom they will send it, and do not need to keep track of the overall condition. Setting up such a process flow is easier since you do not need to align everything beforehand, and each node does not need to maintain state.

Is it fair to call this “stateless”?  After all, information and plans are collected in order to accomplish any goal.  Handling a patient requires tests and records of treatment, and handling a new product launch requires a lot of results of studies and specific plans of action to accomplish.  Mr. Etaru does not means that there is no memory.  Instead he means that communications patterns, the working relationships, are not specified in advance.  It is not modeled, and not optimized in the traditional sense.

Mr Shah compares this to the Internet, in the way that the exact path that a packet takes from the server to your smart phone is not worked out in advance.  The fastest route one minute may be through Hong Kong.  A minute later this may change, to a completely different route.  It is important to notice that while you are connected, there is plenty of state about the current route, but that state (that particular route) was not planned in advance. Instead it is worked out at the time you need it.

The Internet is adaptive, and our workplace needs to be as well.  Instead of working out all the complex working relationships in advance, we need to arrange things so they can be worked out in a just-in-time manner.  Only then does the organization remain fluid.  Only then can you respond to changing external situations.

We are not surprised to see the terms “adaptive” and “unpredictable”.  These articles are yet another example of how Adaptive Case Management is the right idea for the future, for a stateless organization.  The Internet is a place where the connection emerges, and the stateless organization is a place where working arrangements emerge as needed as well.

To conclude, I love this quote that Riittaa Raesma pulled up from a 1993 HBR article (Normann & Ramírez, From Value Chain to Value Constellation: Designing Interactive Strategy) stating that those organizations that are going to survive in the disruptive, changing environment are:

“[…] those looking beyond their immediate boundaries to the social and business systems in which they are enmeshed and discover new ways to reconfigure those systems in order to reinvent value for their customers.”

2 thoughts on “Achieving a Stateless Workplace”