Had a discussion couple of posts ago about how to ensure that workers are productive and do the right things. Found a quote from Peter Drucker that goes right to the heart of the issue of what is needed to manage knowledge workers.

The discussion was in the post “ACM: Feature or Paradigm” about Adaptive Case Management (ACM), and whether the worker can be trusted to be customer oriented and to do the right thing.  I often see this kind of discussion around BPM:  Theory X management says that the workers are self-interested or at least lazy, and Theory Y management says that workers can have the understanding and work for the goals of the organization. There is no single best answer, the approach to management will depend upon the job and the skill level of the workers. 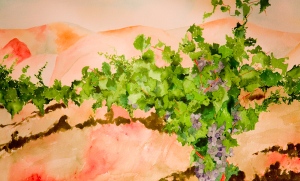 But when the conversation shifts to ACM and knowledge workers are involved, it is the nature of knowledge work that requires that A completely different approach be taken.  Nobody says this better than Peter Drucker, from his book Management Challenges for the 21st Century (page 142):

1. Knowledge worker productivity demands that we ask the question: “What is the task?“

3. Continuing innovation has to be part of the work, the task, and the responsibility of knowledge workers.

5. Productivity of the knowledge worker is not — at least not primarily — a matter of the quantity of output.  Quality is at least as important.

I think it is really important that we see the difference in the approach that we need to take with a knowledge worker, from how we might approach a routine job.  Those saying that BPM and ACM are the same thing often misjudge how big an effect something like the above will have on how you design support systems.  BPM systems in general tend to be oriented toward control, but Drucker says that that is exactly the wrong thing for a knowledge worker.

ACM is designed to meet the demands of managing and supporting knowledge workers.