By now you have all heard, BPM is dead.  It was loved to death, smothered by good intentions.  All the vendors claimed to have BPM — and more!  The analysts would point to anything vaguely about people doing work, and proclaim it is “just another BPM.”  And yet BPM wore so many faces that it was impossible for anyone to clearly identify it.  The end did not come suddenly.  Instead, BPM weathered a long and protracted battle with inflated expectations, delayed disillusionment, and in some cases abject mendacity.  It seemed that BPM was almost everything to everyone, and yet if you are all things you are nothing. 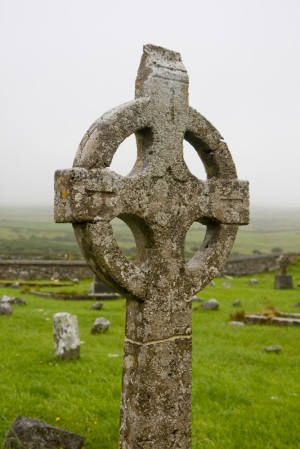 Yet BPM Lives On!

BPM is survived by a host of offspring which are all healthy and thriving.  These family members carry on the hopes and dreams that BPM held true to, and do it with many hands and many more forms than a single moniker could accomplish.  BPM has brought us to a level of maturity, where we no longer need the simplified concept that a single size will fit all.  Our IT culture has matured to appreciate the different forms of work that people do, and the differing needs they have for support.  Now we can appreciate the benefit of approaches tuned to a specific need.

Out of respect for the departed, we should no longer use the term “BPM” except for historical references in hallowed tones.

The biggest problem with the term BPM is that so many people saw it as meaning so many different things.  This causes unnecessary arguments between experts, like the blind men arguing over the shape of an elephant.  We can clarify this debate by naming the subcategories of BPM.

1. Management of Business Processes (MoBP) – This is the management practice, and outgrowth of the process oriented thinking and the Business Process Reengineering movement of the 1990s.  This is really just a management discipline which views tasks of various workers as being linked together into processes, and is informed by measures of process efficiency, and with a desire to continually improve the process.  Other names include LEAN, Six Sigma, etc.  There are many varied tools that people use, but nothing structured into specific applications.  The audience is primarily management.

2. Business Process Analysis (BPA) – this is a type of BPM where process experts map processes using graphical modeling tools.  This is the space where SAG’s ARIS business modeling tool fits (and others).  There is a strong modeling angle, with many different styles of modeling, but very little or no actual automation or enactment support for a process.  The audience again is primarily management and process analysts.

3. Process Driven Server Integration (PDSI) – This type of BPM is an information technology initiative to link together servers in a Service Oriented Architecture (SOA) environment.  A process designer will draw the process using a graphical language (probably BPMN) with the aim to produce an executable program that will send and retrieve information.  There is no “B” in this acronym.  This is the BPEL paradigm, also known as Straight Thru Processing (STP).  This environment is created for programmers who want to use diagrams so that they can explain what the process does to business people.

4. Human Process Management Systems (HPM) – This is the type of BPM where forms are routed through a set of people.  The route is typically determined by a graphical process with the boxes representing a human activity and assigned to a person (or group).  Details such as notification of responsibility, reminders, and reassignment of responsibility are NOT included in the diagram because those are just naturally assumed to be part of the HPMS infrastructure.  Also known as Human Workflow Systems.  Human Process Management applications are developed by programmers for business people to use.

5. Production Case Management Systems (PCM) – These systems are configured (programmed) by programmers for large numbers of professionals to use.  There is less of a process than HPMS.  Instead it has a set of well defined states, and a set of functions that can be done in each state.  Movement between states is pretty much the choice of the case managers, but adding states can only be done by the programmer.  Production Case Management applications are developed by programmers for business people to use.

6. Adaptive Case Management Systems (ACM) – These are malleable systems used by knowledge workers within a learning organization.  Here the case manager must both figure out how to do something, as well as do it.  Useful for managers, executives, board members, new product introduction, disaster response, emergencies, mergers, acquisitions, creative teams, innovation, research.  There are no fixed states, but case managers will copy on old case or a template to avoid having to re-design the states every time.  New states can be added at any time by the case manager without requiring any specialized tools.  Goals can be created and completed at any time, and this forms the primary organizing theme of the interaction.  Strong support for content management.

7. Social Content Management Systems (SCM) – Massively multi-user business systems for sharing and collaborating around content.  This is where all the Social Media activity is going.  It is far less goal oriented than a case management system.  All sorts of other names for closely related ideas: Social Business System, Enterprise Social Systems, Enterprise 2.0 systems, etc.  This is an environment primarily for business people and IT departments when they are not programming.

(8) Page Flow – This is technology that supports a series of screens to present to a user, or multiple users, to collect information.  Examples include the shopping cart handling for an e-commerce site.  There is a state machine, and sometimes a flow chart is used.  I would not include this as a style of BPM, but some people do, so I include it here for completeness.

(9) Workflow – While originally workflow was an expansive topic like BPM, it has most recently come to mean a style of handing data that must be processed by multiple applications.  Workflow is a technique for passing data from one application to another, or really invoking a sequence of applications to transform the data through a series of forms.  Implementation can be a simple batch script file.  Again, I would not include this as a style of BPM mainly because usually it is used by a single user, and BPM by definition must involve the coordination of a team of people.

Yes, all of these have been considered “BPM” at various time by various people.  I have witnessed sometimes energetic debates between people about the qualities of BPM, only to find out that they were intending different types of BPM all the time.  I have no idea if these names of the various subtypes of BPM will stick, but I am quite sure that continuing to confuse them is not doing anyone any good.  It is only natural that terms have a life cycle; they are invented, they are refined, and then finally they expire in favor of more precisely defined terms.  While the term “BPM” will certainly enjoy another decade of life in casual use, I think it is time for the leaders in the field to start being a little more specific about what they really mean.

Many thanks to the members of the ACM Linked-In group, and WfMC members, that helped in discussing and refining these categories.